On the initiative of a patron of arts and the Chairperson of the Council Valeri Belokon, Baltic International Bank will sponsor the series of historical novels „Mēs. Latvija, XX gadsimts” (We. Latvia, 20th Century) to be published by Dienas Grāmatas Publishing House. Altogether, Bank will sponsor publication of the books written by Nora Ikstena, Gundega Repše and Inga Ābele.

„The artefacts of the past underlie our national originality. Like the accumulated financial capital, literature is the heritage and possession of every nation. We are so happy to witness how brilliant Latvian authors are striving to build bridges of understanding among people, societies and epochs. Just awareness of your own roots makes you a strong person who is ready to reach the pinnacle of success,” Valeri Belokon emphasised.

The novel „Gaiļu kalna ēnā” (In the Shadow of Rooster Hill) by Osvald Zebris was published in 2014 (the first book of the series). The series also comprises „18” by Pauls Bankovskis and „Svina garša” (The Taste of Lead) by Māris Bērziņš.

Latvian writer Gundega Repše was the initiator of the series „Mēs. Latvija, XX gadsimts”. Thirty Latvian writers supported her initiative to create jointly the series of novels, each novel being devoted to a specific period of the 20th century in Latvia.

By supporting the project, Baltic International Bank continues the tradition of commemorating notable events through the prism of artistic imagination and the works of world-renowned artists.

Baltic International Bank is one of Latvia’s most experienced providers of private banking services to affluent individuals and businesses. Bank operates its representative offices in London, Moscow and Kyiv. 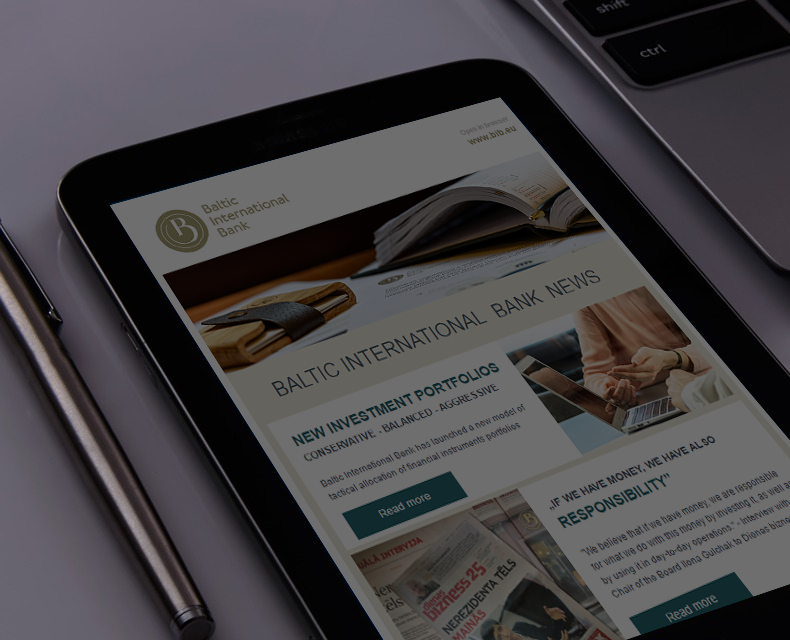 You can select your preferred way to receive our services.