Co-sponsored by a patron of arts V.Belokon and Baltic International Bank, Gundega Repse’s novel „Bogene” to see the light of day 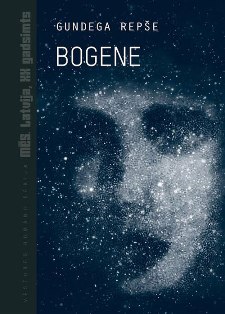 At 11 March, at the Mencendorf House (Mencendorfa nams) in Riga, a presentation of the fifth novel included within the series of Latvian historical novels „Mēs. Latvija, XX gadsimts” (We. Latvia, 20th Century) has been held. The fifth novel titled „Bogene” by Gundega Repse tells about the events seen by Latvia during 1940 through 1941. The National Culture Capital Foundation (Valsts kultūrkapitāla fonds) of the Republic of Latvia, the patron of arts Valeri Belokon and Baltic International Bank co-sponsored the publication of the book.

The patron of arts Valeri Belokon says as follows about the new novel of G.Repse: „When the world goes mad, one should focus on unshakeable values such as family, home, nation, soul. Nearly at the level of sensation, you are led to see and feel analogy between today’s reality and the history not yet a century old. Your subconscious mind gives you a warning of an event just a few seconds before it happens.”

Baltic International Bank takes care of the well-being of its customers while managing their family wealth in generations, fosters investments in eco-friendly projects, and supports events vitally important for the public. In light of the upcoming celebration of Latvia’s 100-year anniversary in 2018, Baltic International Bank has embarked on a special program whereby Bank will support various national-scale events and projects.

Thus, on the initiative of the patron of arts Valeri Belokon, Baltic International Bank supports the publication of three books comprised within the series „Mēs. Latvija, XX gadsimts”, including a recently-published novel „Bogene”, novel “Mātes piens” by Nora Ikstena published in autumn of 2015, and the latest novel by Inga Ābele which will soon be published.

Latvian writer Gundega Repše is the initiator of the series “Mēs. Latvija, XX gadsimts”. Thirteen Latvian writers supported her initiative to create jointly the series of novels, each novel being devoted to a specific period of the 20th century in Latvia.

The National Culture Capital Foundation sponsors publication of the novels as part of a special-purpose program “National Identity”.