Bank-Sponsored Awards Given to Honour the Latvian Literary Masterpieces

The Annual Latvian Literary Award presentation ceremony, the year’s significant literary event, was held at the Latvian Railway History Museum on Friday 24 April 2015. Sponsored by Baltic International Bank, the Best Foreign Literature Translation into Latvian award was presented to Dace Meiere. As for the nominees who were nominated for the award but did not win an award, Bank presented them with commemorative medal dedicated to the unique historical album „Terra Mariana 1186–1888” (with scholarly commentaries). 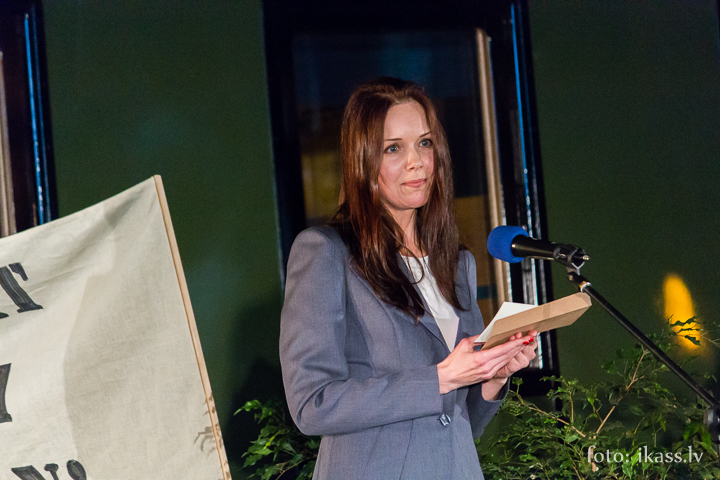 When presenting the award to Dace Meiere for translation of Curzio Malaparte’s book of essays „Those Cursed Tuscans” (Maledetti Toscani) from Italian, Bank’s representative Anita Matisone said: „Translation acts as a bridge between people speaking different languages. Translator’s role is to unite the world and foster understanding. Today, I’m pleased to present the award in the category „Best Foreign Literature Translation into Latvian”. Being geographically a small country, Latvia is a land rich in literature. Therefore it is especially important to get noticed, to be understood and evaluated, and to have a real opportunity to unlock our enormous potential. It is also essential to be aware of foreign literary masterpieces. Translators bridge the gap between different cultures.” 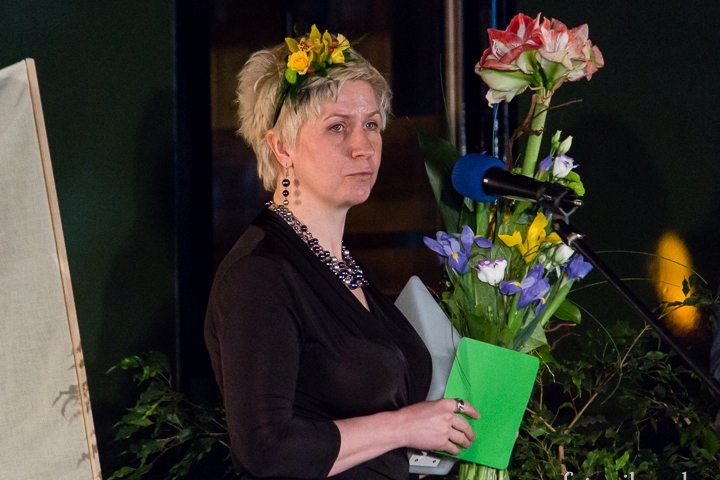 The presentation of the Annual Latvian Literary Award (LALIGABA) is the most notable event in the country’s literary world. The event is arranged to evaluate the 2015 literary works from a professional point of view and to provide recognition of excellence. First launched in 2001, the Annual Latvian Literary Award was given to the nominees in the following categories: the best poetry collection: collection of poetry „Izšūpojušies. Bibliotēka ostmalā” by Uldis Bērziņš; the best original literary work intended for children: collection of poetry „Vai otrā grupa mani dzird?” by Inga Gaile; the most exciting literary debut: collection of poetry „Saules izplūdums” (Sunspill) by Katrīna Rudzīte; the best foreign literary translation into Latvian: Curzio Malaparte’s book of essays „Those Cursed Tuscans”(Maledetti Toscani), Dace Meiere’s translation from Italian. 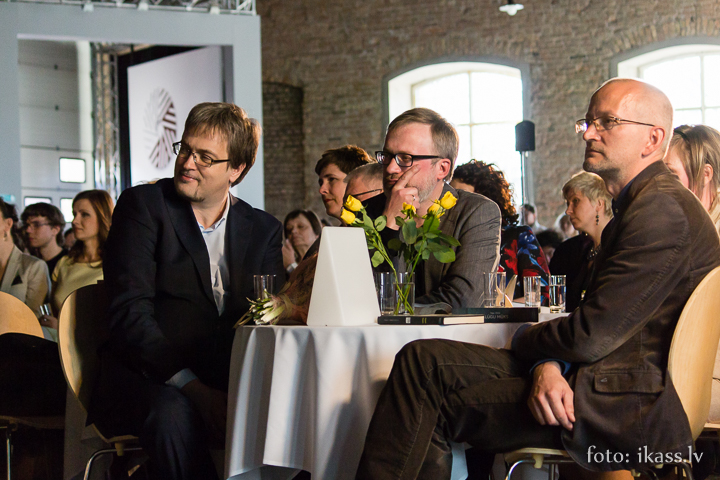 The ‘special mention award’ was given to Eva Eglāja-Kristsone for „Iron Cutters. Cultural Contacts between Soviet Latvian and Latvian Exile Writers” (Dzelzsgriezēji. Latvijas un Rietumu trimdas rakstnieku kontakti), a study of Latvian cultural contacts. The ‘lifetime achievement award’ was given to a Latvian poet, translator of prose and poetry, a literary critic and publisher Leons Briedis for his outstanding contribution to Latvian writing. The International Writers’ and Translators’ House, Writers’ Union of Latvia, and Latvian Literature Centre pooled their efforts to organise the Award presentation ceremony.

While honouring traditions and continuity over time in core values, Baltic International Bank, on the initiative of the Council Chairperson Valeri Belokon, sponsored a number of the great works of art and literature, including the unique historical album „Terra Mariana. 1186-1888” (with scholarly commentaries), the reopening of the exhibition Sodums. Ulysses. Travelling Man dedicated to Dzintars Sodums (1922 - 2008), Latvia-born writer in exile and translator, and events dedicated to a long-standing partnership with a famous Latvian artist Ilmars Blumberg. In 2015, Bank will sponsor the books of three brilliant Latvian writers in the series of historical novels „Mēs. Latvija, XX gadsimts” (We. Latvia, 20th Century) to be published by Dienas Grāmatas Publishing House.