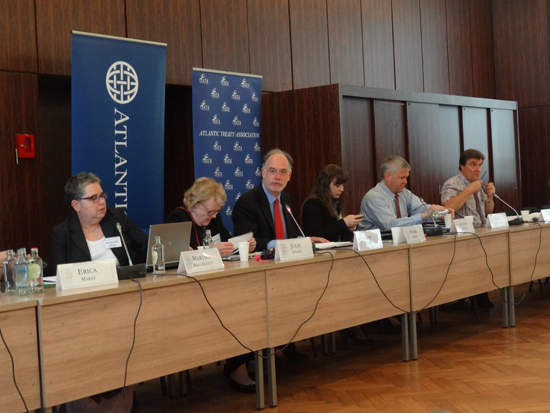 On 15 May 2013, the Atlantic Council organized a Roundtable Conference “Kyrgyzstan since 2010: Progress, Problems and Opportunities” financially co-sponsored by Baltic International Bank. Held in Brussels, the Conference focused on Kyrgyzstan’s present problems and future choices and gathered together opinion leaders such as lecturers and professors from the USA and UK, Central Asia experts, representatives of the European Bank for Reconstruction and Development (EBRD), NATO, Ministry for Foreign Affairs of Finland, and Ministry for Foreign Affairs of Latvia.

The Atlantic Council is a leading international think tank and is working towards tackling global challenges of the 21st century. The Council’s various programs include the Program on Transatlantic Relations, the Global Business and Economics Program, Strategic Foresight Initiative, the International Security Program, and others. 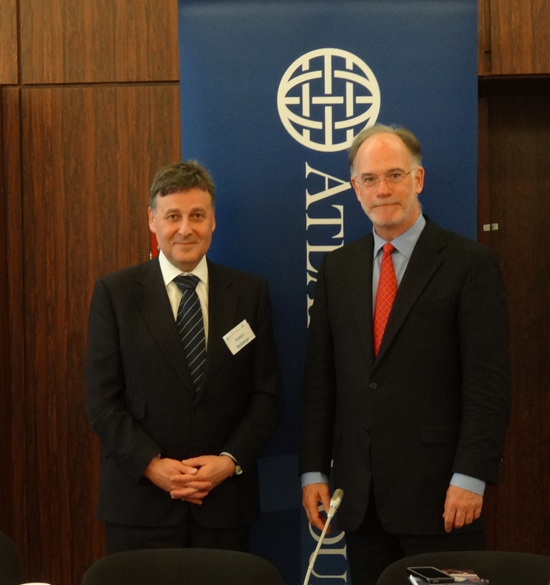 Participation in the events hosted by the Atlantic Council provides valuable experience to Baltic International Bank in penetrating new international markets, including those in the post-Soviet economies.

The major Shareholder and Chairperson of Baltic International Bank Valeri Belokon participated in the Conference, delivered a welcome address, and thanked the Atlantic Council for the opportunity to foster dialogue between the EU and Central Asia.

The participants hope that the West will not lose it interest in Central Asia after the drawdown of U.S. military troops from Afghanistan in 2014.

Latvia’s Ministry for Foreign Affairs expressed support for the idea of strengthening relations with the countries of Central Asia and emphasized that the issue should be given priority during Latvia’s EU presidency in 2015.


1.Conference “Kyrgyzstan since 2010: Progress, Problems and Opportunities” held in the Club Prince Albert. Brussels, 15 May 2013.

2.Chairperson of the Council of Baltic International Bank Valeri Belokon and Ross Wilson, Director of the Dinu Patriciu Eurasia Center at the Washington-based Atlantic Council, the United States’ former ambassador to Turkey.