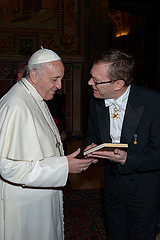 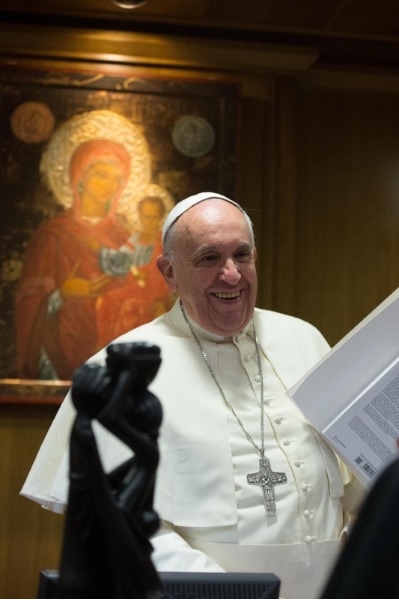 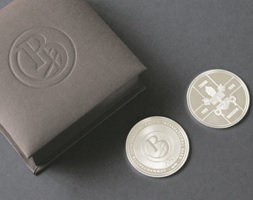 Issued by Bank at the end of 2014, the commemorative medal was dedicated to the reissuance of the historical album „Terra Mariana: 1186 - 1888”, the result of the collaborative effort by the National Library of Latvia and the Vatican Apostolic Library. The album focuses on the 700-year history of the lands once known as Livonia. Terra Mariana (Land of Mary) was the official name for Medieval Livonia.  In the Baltic States, there are no equal-value analogues of the unique album in terms of concept, content and design. Importantly, the project was sponsored by the Chairperson of Bank’s Council and patron of arts Valeri Belokon.