Signs why the economic expansion is about to end 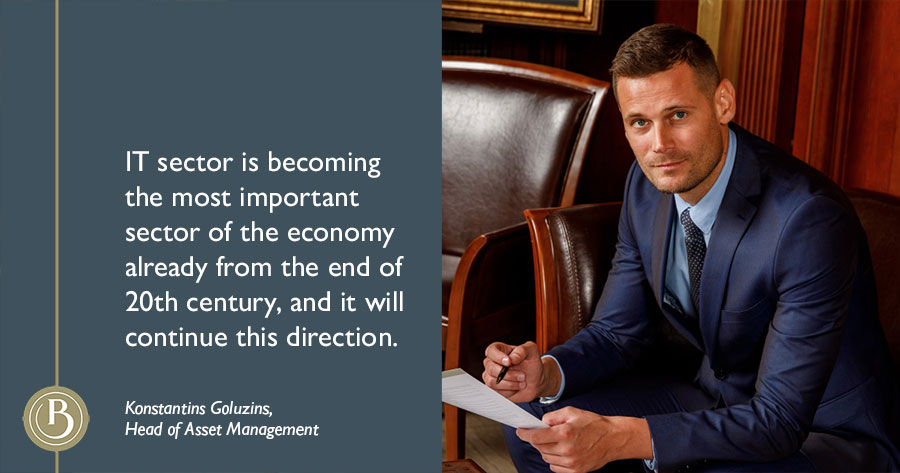 It should be noted that in the end of 2018 yield of American treasuries for 2-year bonds and 10-year bonds was equal meaning that the yield curve was flat. This is one of the indicators of the weakening of market. We can say that global economy most likely has moved past the growth peak of this economic cycle and is moving towards recession.

Looking at the factors that will determine development of economy and financial market this year, three most important factors should be noted.

First of all, adjustment of the US and China trade provisions. If the agreement will not be reached between China and US and tariff war will continue, it will reduce the global trade and also impact the economic growth of the world influencing financial markets negatively.

Second, solving of Brexit issues. Brexit conditions from the EU side are defined as inflexible but the UK side is not ready to agree to these conditions. If the agreement will not be signed until the set date, there is a possibility that UK exits with no-deal, meaning without an agreement in regards to trade, capital and labour force movement provisions. It will negatively influence both parties and, of course, also financial markets. Brexit can also not take place at all as the brits are becoming increasingly more frustrated with the exiting process and possible outcome of it. People are starting to feel that the anticipated Brexit is something different than they voted for.

Third, raising of Federal Reserve System (FRS) interest rates. This year FRS plans to maintain the interest rates, – it demonstrates that the US Central Bank is aware of the global economy risks and ready to slow down its monetary policy limiting activities. In considering that there are large loans in the world take in US dollars, raising of FRS rates would mean increase of costs to all the companies of the world having loans in US dollars. Besides increasing interest rate for dollars, a pressure is put on the currencies of developing countries that could increase the rates in other countries. And business expenses are also raising there. FRS is ready also to reduce interest rates, if it will be necessary and that could provide a positive impact on the growth of global economy. As always FRS has tools of the global economy in its hands and it is our hope that FRS officials will adopt the right decisions in a timely manner.

Apart from the three basic factors, we can also mention risks related to high indebtedness in certain countries of eurozone, for example, Italy and Greece. Also the slowdown of the economic growth of China and great proportion of indebtedness could significantly impact the global economy.

In regards to main driving forces of the global economy, we can see that the dominance of the information technologies sector continues. Main activities could be connected with 5G and artificial intelligence technologies. There are still high price-earnings (P/E) ratio maintained in this area meaning that investors expect large revenues from these companies. IT sector is becoming the most important sector of the economy already from the end of 20th century, and it will continue this direction also in the foreseeable future. Also the top of most valuable companies proves that as IT companies are holding top spots there. They have outpaced the so-called resource companies and will maintain this position in the foreseeable future.