Enterprises established in the post-crisis period are of considerable interest for the investors, including British investors. The increase in the interest is facilitated by the advantageous geographical location of Latvia, close connection with both markets – Europe and CIS countries, economic openness and joining the eurozone.

'Latvia has become an attractive market for the British companies due to the similarity of business culture, development, absence of language barrier and, of course, the fact that the country ensures an excellent point of support for work on the Eastern market and the CIS market', says Lord Green, UK Minister of State for Trade and Investment. In the last five years, there is a tendency for collaboration between Latvia and Great Britain to annually increase by 24%; approximately 800 British companies from different sectors collaborate with partners from Latvia. According to Lord Green, the most promising branches of future collaboration are ICT, power engineering as well as projects for the development of infrastructure on a regional scale. 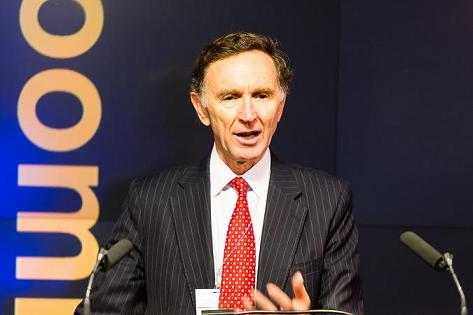 'After the economic crisis, when employees of many major companies were deprived of work,  many small enterprises being of interest for us, investors, were born in Latvia’, says Toby Moore, Managing Partner of Imprimatur Capital Fund Management, who has been investing funds in the young Latvian high-technology enterprises for several years. 'The Latvian system of education facilitates the development of technologies; many new high-technology enterprises with considerable export potential and high intellectual cost have been founded. The business and political environment also contributes to the appearance of new enterprises – there are plenty of business incubators, a number of platforms are organised where first-time entrepreneurs can meet both investors and partners for creation of businesses’. 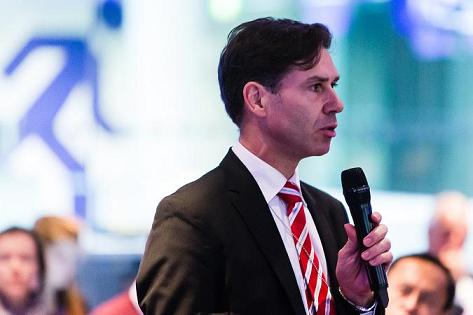 In its Entrepreneurship Survey covering different countries of the world (Doing Business 2013), the World Bank has ranked Latvia 25th among 185 states. Latvia occupies the fifth place among small countries (with the population less than 3.5 million). The survey was made according to the results of the analysis of legislation, patent rights and business environment on the whole. 'In Latvia, the development of business is supported. We have a comparatively good tax policy, competitive holding regime, the developed, well capitalised and strictly controlled banking sector, openness for different cultures. The developed environment of technologies and electronic services opens prospects for the development of IT business, facilitates communication and settlement of formalities', believes Ilona Guļčaka, Chairperson of the Board of the Baltic International Bank. At the forum, the same was pointed out by Daniels Pavļuts, Minister of Economics of the Republic of Latvia; in his speech and in the course of discussions he put special emphasis on the long-term objectives of the government in the development of business and the role of Latvia in regional development. 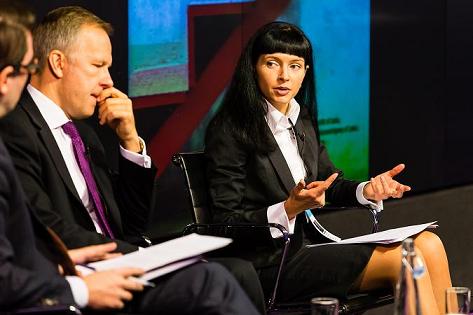 Also, the question of stability of the banking sector and portion of non-resident deposits in the banks of Latvia was discussed at the forum. 'According to the data of the Financial and Capital Market Commission (FCMC), in the first half-year of this year the total amount of deposits in Latvian banks today amounts to 12,83 billion Latvian lats (18,26 billion Euros) of which 49% are non-resident deposits and 51% - deposits of residents. This is the historical relationship of deposits corresponding to the specific character of Latvia's economy’, explains I. Guļčaka. According to the data of the FCMC, more than half of non-resident deposits, i.e. 52%, entered from the European Union, 13% from the CIS countries and 35% - from other states. 'However, non-resident deposits in Latvia correspond only to 38% of GDP, and it clearly proves that Latvia in no way can be equated with so widely discussed Cyprus where this ratio is 116%. Moreover, according to this index, Latvia may be compared with such countries as Belgium (31%), the Netherlands (35%) and Ireland (34%)', emphasizes I. Guļčaka.

'It is obvious today that a substantial part of the foreigners' deposits is formed of the EU capital, and it is expected that this volume may increase due to Latvia's joining the eurozone. The investors I met at the forum repeatedly emphasized that single currency will facilitate many aspects of business, and it will become another advantage in the list of benefits and advantages made by every investor before opening up new markets’, reasons I. Guļčaka.

One more issue which investors are seriously concerned about is labor shortage caused by emigration. 'In Latvia, there are many knowing employees, technology specialists and entrepreneurs, but for the development of production experienced labor force is needed, and this problem for Latvia is rather topical today', points out Edward Lucas, reviewer of The Economist. Furthermore, Latvia must think about the development of overland transit routes and railroads connecting it with a number of export markets in the West. 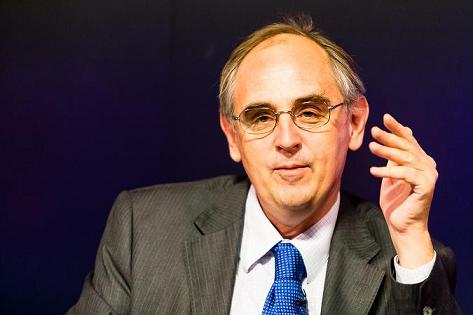 It was the 6th Latvia Business Forum in London conducted with the aim to increase the interest of British investors in Latvia. This year it was organised by the Embassy of Latvia to the United Kingdom of Great Britain and Northern Ireland, the Investment and Development Agency of Latvia and the Baltic International Bank in collaboration with Bloomberg.