Commercialization Reactor, an investment attraction platform, permanently supported by the BIB as its co-operation partner for several years, has helped create 30 new hi-tech enterprises attracting ca. 3M EUR over six years. These achievements have also been evaluated at the Northern Future Forum held in Helsinki recently where the Nordic and Baltic prime ministers and experts of various sectors met to discuss the opportunities for the business environment development in the region.

‘The competitiveness of Latvia and other small countries on a global scale lies in making full use of intellectual resources,’ says Mr Nikolajs Adamovičs, manager of the Commercialization Reactor platform. ‘Brilliant ideas are being developed at our universities and science centres that have a good potential to form a basis for innovative business. There are also many young, dedicated people willing to create and develop business, as well as venture capitalists and business angels willing to invest pre-seed and seed capital directly. This platform brings all the three parties together – ideas are being developed, companies are created and national competitiveness is increased as a result.’ 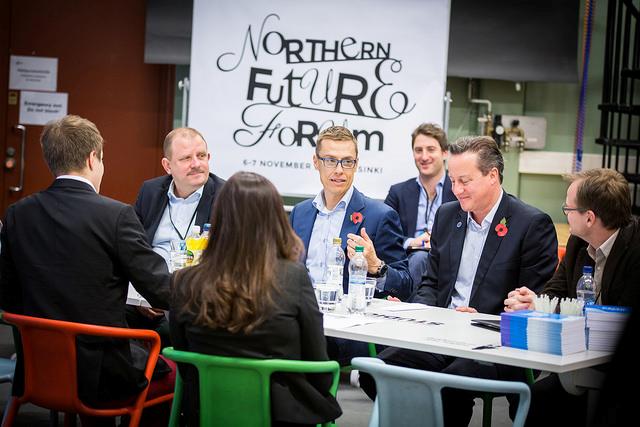 Several Prime Ministers of the Member States acknowledged at the conclusion of the Forum that developing such platforms should become a priority for their country, too. ‘The need to develop investment-attraction platforms in Finland more actively is one of the main lessons learned from this Forum,’ stressed Mr Olli-Pekka Heinonen, State Secretary to the Finnish Prime Minister’s Office, at the conclusion of the Forum. ‘It is also important to reduce the gap between the academic and the business environment by promoting the competitiveness of students on the labour market and by increasing their ability to apply their academic knowledge in practice. The third most important lesson: one needs to keep pace with global technological developments, especially in the field related to education, investment attraction and business development.’

The idea of technological development as one of the most significant factors that will determine investment attraction, business development, and future co-operation between states is also upheld by Mrs Ilona Guļčaka, Chairperson of the Baltic International Bank, a permanent supporter of the Commercialization Reactor. ‘Crowd financing originating from the development of technology is a fast-growing global trend that has also been used successfully by individual emerging companies from Latvia and the Nordic region. Although this trend is still relatively unpronounced in the Baltic and Nordic region for the time being, it is expected to become increasingly popular. Banks cannot always invest in companies during their early stages of development, for example, by providing pre-seed capital. Therefore infrastructure must also be built and legislation adopted to enable the use of alternative types of investment alongside the development of different platforms and business incubators,’ Ilona Guļčaka stresses.

Several prime ministers acknowledged that in terms of innovation and development Europe had a high risk of falling behind the rest of the world, especially the emerging markets where the economic and digital development was very fast. ‘In order to strengthen the competitiveness of the region, attention must be focussed on supporting business directly during the pre-commercialization stage, government support for raising pre-seed capital must be increased, closer co-operation between the government, universities and the business environment must be provided for,’ Mrs Kristina Persson, the Swedish Minister for Strategy, Future Issues and Nordic Co-operation, said at the Forum.

‘Innovative companies based on hi-tech technology are a powerful economic driving force,’ N. Adamovičs believes. ‘By introducing a radically innovative solution or product on the market, a new industry is created, a basis is created for forming other new enterprises and for infrastructure development, business with high added value is created using minimum human resources.’ The companies formed under the umbrella of the Commercialization Reactor have developed a range of globally unique technologies, such as a unique magnetron coating system, a revolutionary quality enhancement solution for the dairy industry, unique devices that help detect potential cracks before their occurrence, next-generation technologies for implant multi-layer coatings, an online video sensor for ice and snow structure analysis in ski resorts, etc.’