Support to development of Latvian literature

Latvian literature development is one of the long-standing areas of the Bank’s focus within the framework of social support. We are proud of the fact that among the books supported by the Bank there are a lot of publications of great importance for Latvia’s literature and history of culture.

We believe that knowledge of culture and history of one's country is the basis of the national identity of each nation. For this very reason, Baltic International Bank is glad to render support to the historical novel series We. Latvia. The 20th Century; also, we have for several years been supporting the Annual Latvian Literature Award (LaLiGaBa).

BANK'S 25 MAIN SUPPORT PROJECTS TO LATVIA AND THE WORLD

Books published with the support of Baltic International Bank

”Ūdens mirdzēšana” (Glistening of Water) is a novel-vision about search for the new field of existence — everything appears to be experienced, albeit the horizons of fulfillment seem to be frighteningly unreachable and far. Main character of the novel is created in a metaphorical augmentation as endless sequence of mirror images consciously revealing different features to every spectator. 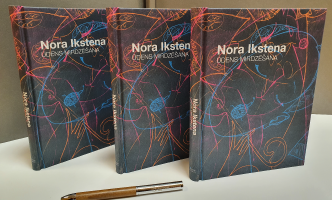 Edition consists of two books and can be considered as a unique project in frame of the Latvian literature and heraldry, as part of the sub-sector of history. First book of the edition includes descriptions and images of the coats of arms of 97 families and 7 religious persons, as well as heraldry terms glossary. Second book of the edition features stories of the holders of coats of arms of families revealing roots and origins of every family’s coat of arms.

Kārlis Ozols, Laura Vanaga-Mickeviča "How to Prosper in Latvia" (2018)

"Kā gūt panākumus Latvijā" (How to Prosper in Latvia) contains 14 success stories of Latvian people with extensive life experience and outstanding achievements. There is no finished formula for success – everyone has to find their own formula. However, having seen behind the curtains of the characters' life, we come to realise that success is being made by simple everyday steps - just take these steps and the success will be yours! 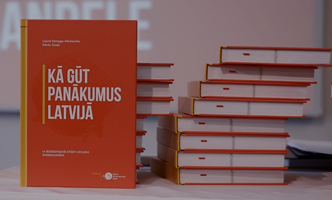 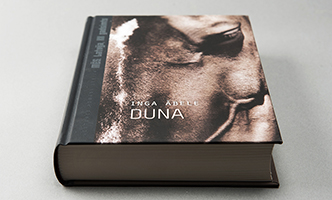 Inga Ābele’s novel Duna was published within the historical novel series We. Latvia. The 20th Century and narrates about the events that occurred in Latvia in 1949. Riga hippodrome, high-bred trotters, Cheka’s sharp eyes as well as war consequences in Riga, Selija and Latgale.

At the heart of the events in Vilis Inde’s trilogy "The Glass Mountain" there lies Rainis’ play "The Golden Horse" translated into modern English and illustrated by Miķelis Fišers. The play is supplemented by the book about the history of Latvia and the book about the Castle of Light as a symbolic building. 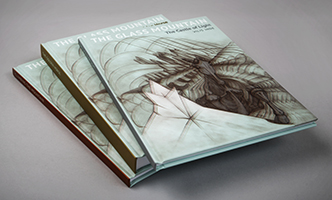 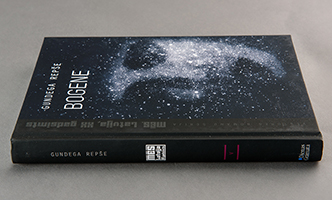 Gundega Repše’s novel Bogene was published within the historical novel series We. Latvia. The 20th Century and narrates about the events that occurred in Latvia in 1940-1941.

Monograph of the theatre researcher Guna Zeltiņa "Shakespeare. With the Baltic Accent" is the result of meticulous years-long work of the author involving the study of Shakespeare's personality and his oeuvre, as well as interpretations of his works in the theatres of the Baltic States and other countries. 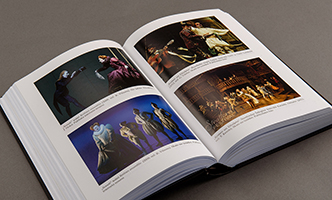 The book is dedicated to the ethnographic, historical and artistic materials collected by Jānis Krēsliņš, the artist, photographer, writer, active public man, enthusiastic collector of folklore and folk traditions.

In 1888, the officials of Riga presented the luxurious album Terra Mariana. 1186-1888 to Pope Leo XIII. The album is dedicated to the spreading of Christianity on the territory of Latvia and Estonia that was also known as the Land of Maria (Terra Mariana). With the support of Baltic International Bank 1,000 copies of this exclusive and valuable album were published. Terra Mariana was awarded as the best designed book in the nomination “Scientific Book” of the book design competition in 2015. 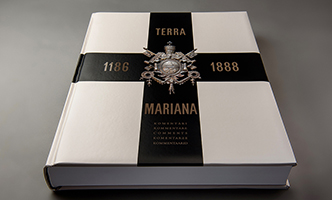 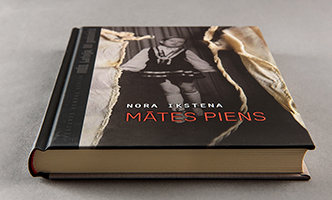 Nora Ikstena's novel "Mother's Milk" covers the period from the end of World War II and tells about the destinies of three generations of women, whereas the narration is centered on the 70ies and 80ies of the 20th century.

Pauls Bankovskis’ novel 18 is the third book in the novel series "We. Latvia. The 20th Century". Two Latvians, two different epochs – there is almost a century between them. In autumn 1917, the first is not yet sure whether Latvians should try founding their own state. The second asks the same question in the twenties of the 21st century. 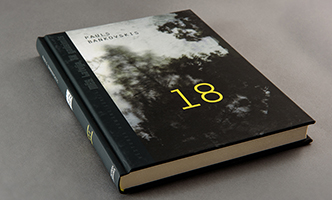 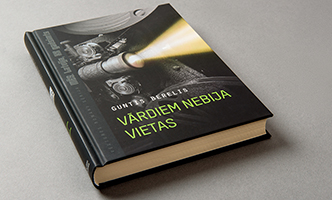 Guntis Berelis’ novel "There Was No Place for Words" is the second book of the novel series "We. Latvia. The 20th Century". It tells about the times on the Latvian territory from 1913 till 1916. 'If the world has gone crazy, how can one person resist the call of most men?, the author wonders.

Māris Berziņš’ novel The Taste of Lead is the sixth book of the novel series "We. Latvia. The 20th Century". The book tells about the fateful events in the life of Latvia when two invasions, i.e. the Soviet and the German, followed one another. 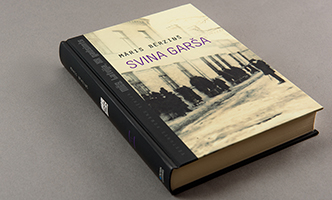 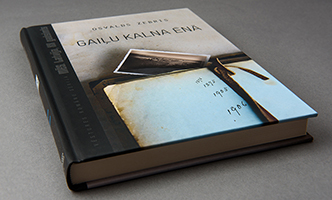 The first work of the series is Osvalds Zebris’ novel "In the Shadow of Rooster Hill" based on the first large shocks experienced in the history of Latvia at the end of the 19th century and beginning of the 20th century. The novel is focused on the question what is the way an individual goes from the idealistic view on tomorrow to the crime and abyss of despair.

In August 2013, a personal exhibition of the artist Ilmārs Blumbergs "I Will not Die" was opened at the exhibition hall Arsenals of the Latvian National Museum of Art.  Together with the opening of the exhibition, the eponymously-named book I Will not Die was published. 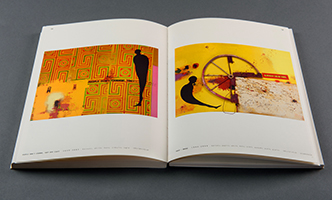 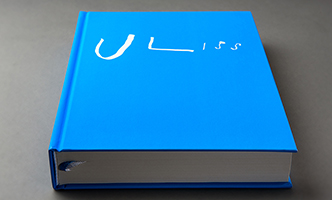 The Irish writer James Joyce is considered to be one of the brightest modernist writers of the 20th century in the world. James Joyce's Ulysses is his most famous work, and we are glad that Latvia's readers obtained the possibility to learn about this work for the first time with the support of Baltic International Bank.

Aleksandrs Čaks "A Heart on the Pavement"
Translation into Ukrainian (2012)

The collection of Aleksandrs Čaks' poems "A Heart on the Pavement" illustrated by the artist Kārlis Padegs was translated into the Ukrainian language by Doctor of Philology Juris Sadlovskis who is an active supporter of the Latvian and Ukrainian culture in these countries. 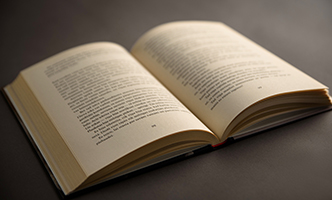 Rainis "Joseph and His Brothers"
Translation into Ukrainian (2012) 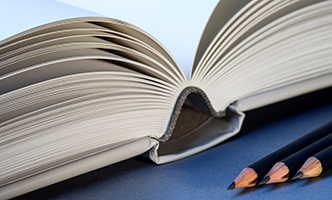 Rainis' play "Joseph and His Brothers" is one of the cornerstones of the Latvian literary heritage. With the support of Baltic International Bank, this high-value literary work was translated into the Ukrainian language by Doctor of Philology Juris Sadlovskis who is an active supporter of the Latvian and Ukrainian culture.

Continuing to study dainas (Latvian folksongs) dedicated to the sun in the book series The Threefold Sun, Vaira Vīķe-Freiberga, in the book The Threefold Sun. The Meteorological Sun. The Bight Sun, addresses the sun and the sunlight as visual phenomena, as well as the rich symbolic semantic associations which sunlight and radiance evoked in folk song singers. 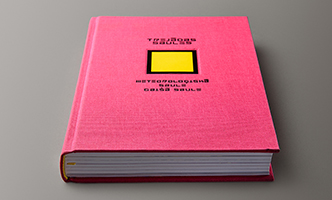 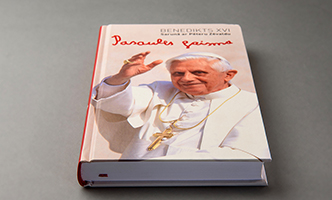 Peter Seewald, a well-known German journalist and writer, is the author of the book Light of the World summarising the interview with Pope Benedict XVI. In this book, Pope Benedict XVI for the first time gives answers to the most important questions about God, church and world in a personal interview.

What is Latvianity? What happens with Latvianity under the conditions of the 21st century globalisation? In the book "Culture and Latvianity", Vaira Vīķe-Freiberga pursues answers to these and other questions using both the extensive material of cultural and historical facts and her knowledge in the field of ethnography, folklore, linguistics, anthropology and other sciences. 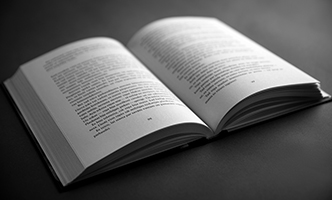